On the 2nd of February 1943 the Battle of Stalingrad came to an end. During the month of January 1943, large sectors of the German 6th Army had already surrendered. 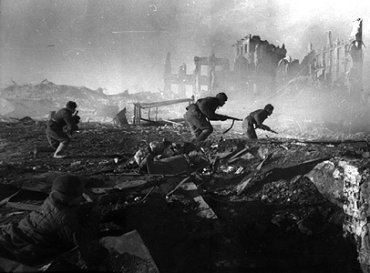 The russian victory in the Battle of Stalingrad became a turning point in World War II. 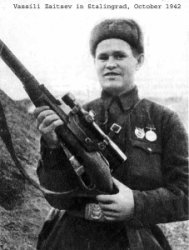 Among the soldiers that each day were sent from any part of Russia to Stalingrad to defend the city, there was also a sniper called Vasily Grigoryevich Zaitsev. Vasily was born in the Urals and at the end of the battle he had killed as many as 225 enemy soldiers.

The story of Vasily is recalled in the movie Enemy at the gates by Jean-Jaques Annaud (2001).